19ᵗʰ September 2013
In Brake, a small harbour city in the German state of Lower Saxony, WILBERT had to handle a tricky task: To build a 47,000 to storage silo for grain and fodder silo, two tower cranes were requested.

The task was as follows: To save space on the job site, both tower cranes had to be placed via a special construction within the silo on top of the cone, because rails on both sides of the silo had to stay into operation during the works.

The special baseframe for a ​WT 200 e.tronic and a ​WT 300 e.tronic were assembled in the height of 14 m on top of the cone, but could not be ballasted because of a lack of space. In order to ensure the necessary absorption of the forces, special anchor rods were mounted into the foundation.

As the tower cranes were placed within a very tight comb, the displacement had to be limited to 0.5 m in 58.0 m height. This procedure prevents a collision of the crane tower with the sliding form of the silo. Thanks to the flexible tower system of WILBERT tower cranes it was easy to handle this task.

The storage silo was built on a ground are of 22.0 × 61.0 m and consists of 38 single, alveolar silos and was build in two sections in sliding construction. The first section took 27 days, the second one only 21 days. 250 m³ of concrete and 40 t of steel had to be
handled each day. The height of the silo without engine house is 58.0 m and starts in the height of 14.0 m with a steel cone. The entire height of the building is 83.0 m.

WILBERT Kranservice GmbH works anywhere in Europe. Together with its partner company WILBERT Montage GmbH both companies offer a complete package consisting of rental, transport, assembly, disassembly and service. Both companies belong to
the WILBERT group that consists since more than 80 years.

Projects > Special Projects
38 honeycomb-shaped silos measuring 61 m in length, 22 m in width and 83 m in height were built with slipwork by a WT 200 e.tronic and a WT 300 e.tronic. 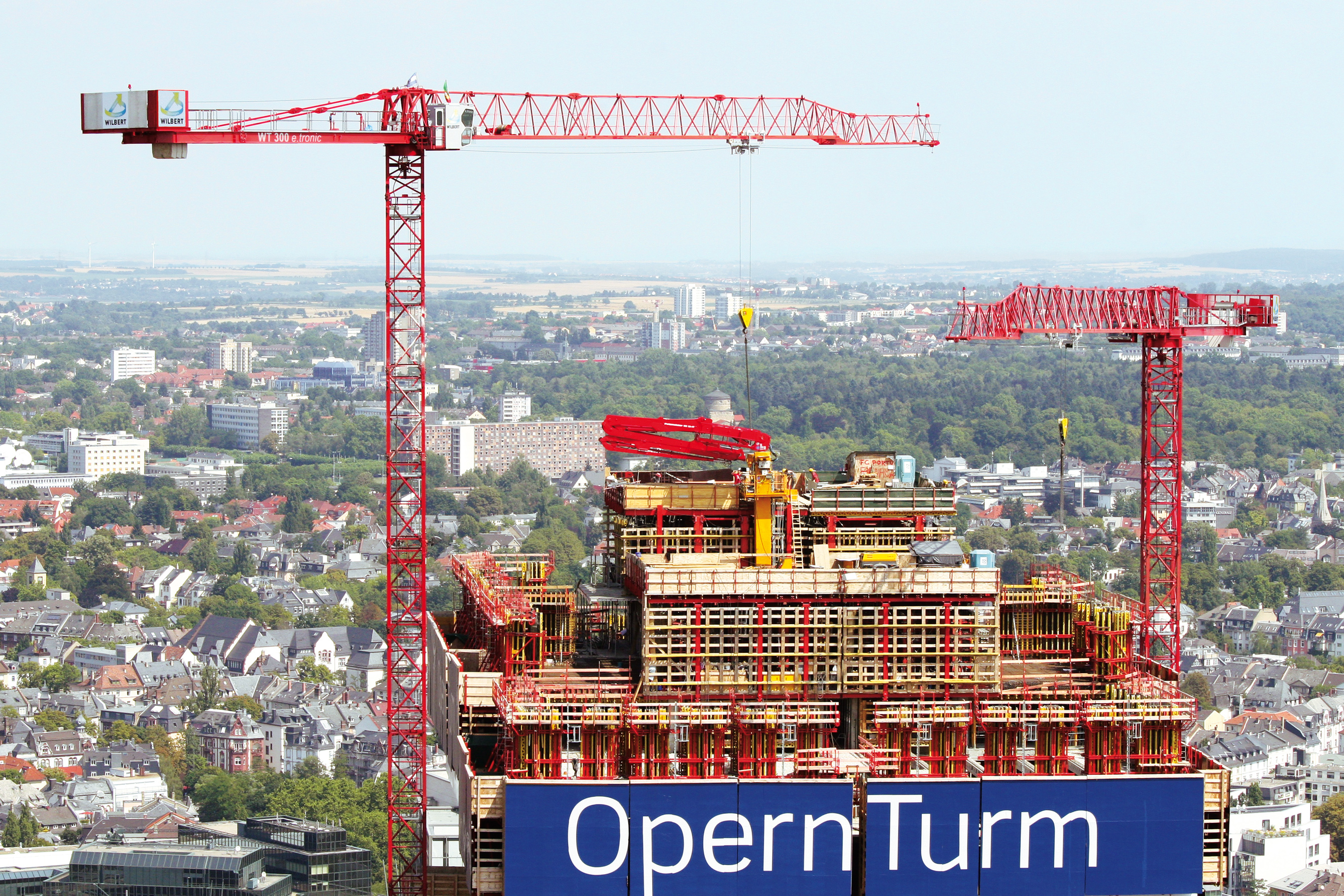