13ᵗʰ September 2018
WILBERT Tower Cranes GmbH is a German manufacturer of tower cranes with an extensive rental fleet. Because of its flexible modular system that can be complemented by custom-made parts, WILBERT excels at challenging construction projects and has emerged as a technical trailblazer over the past few years.

The high-res webcams that are aimed at the Marienturm and the Grand Tower in Frankfurt do not only show the growing high-rise buildings, but also four state-of-the-art top-slewing tower cranes by WILBERT at work. You can see the construction progress and later on the dismounting.

Two WT 420 e.tronic at the residential high-rise building Grand Tower
The Grand Tower (172 m) is an exclusive residential tower that is currently erected between Westend, Central Business District and the Europaviertel. Two WT 420 e.tronic trolley cranes with a radius of 40 m are working on this building. They have grown with the building and now have reached their final height of 190 and 203 m.

On this construction site, you can see the classic and the new tower system side-by-side. Here the new tower system WILBERT T100 can show its full strength: The T100 can bear much higher freestanding heights – unequalled by competing systems. Only three stays were needed during the whole construction period. At the final height, both cranes are supported by two active stays. The crane on the T100 exceeds the highest stay by more than 80 m, the crane on the classic tower still by 40 m.

For reasons of cost efficiency and because of the particular area layout, the first crane erected the second. To make this possible, WILBERT manufactured a customised jib extension that was added to the tip for the duration of this task. The same crane is going to dismount the other crane when its assignment is fulfilled.

Two WT 335L e.tronic at the office tower Marienturm
The office tower Marienturm (150 m) is currently being constructed in the midst of Frankfurt's Central Business District. Two WT 335L e.tronic are active on this building. Both luffing jib cranes have a radius of 50 m and were climbed in several steps up to a final height of 170 m. Because of the new tower system T100 they only need three stays.

What can you see at the moment?
By now, both towers have reached their final height, and the façades are being mounted. The work of one of the cranes on Marienturm will be finished at the end of September. Then its dismounting can be watched live on the cam.

Three of the four cranes on these projects are part of the extensive WILBERT rental fleet. As with most rental projects, WILBERT took on the planning of all cranes including the coordination with the building contractors as well as transport, erection and the climbing operations. At the end of the projects, the experienced WILBERT team is going to carry out the dismounting and the removal of the crane – a process worth seeing!

Relevant links
http://www.wilbert.de/en/2018/02/view-wilbert-cranes-via-webcam/
https://www.marieninsel-webcam.de/
https://livecam.mktimelapse.com/grand-tower
WILBERT TowerCranes GmbH is a German manufacturer of top-slewing tower cranes with extensive experience in construction and rental. Our focus is on complex construction projects, especially in the structural engineering and power plant sectors.

All trolley and luffing jib cranes in our product range are part of a sophisticated modular system that can easily be supplemented by custom-made components. 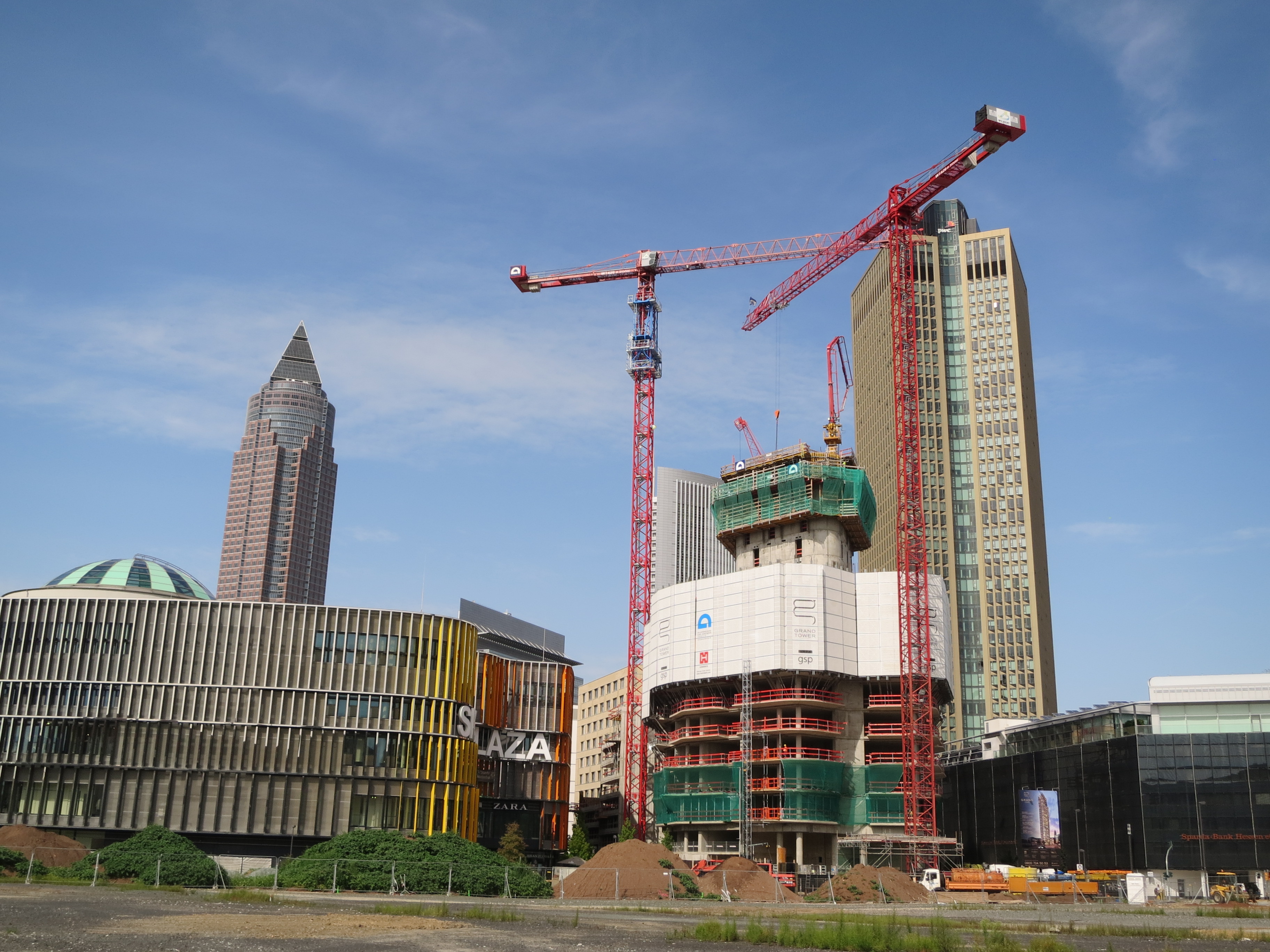 News > Construction site webcams
28/2/2018 | You can observe four WILBERT cranes at work via webcam on two prominent building sites in Frankfurt: the Grand Tower and the Marienturm. 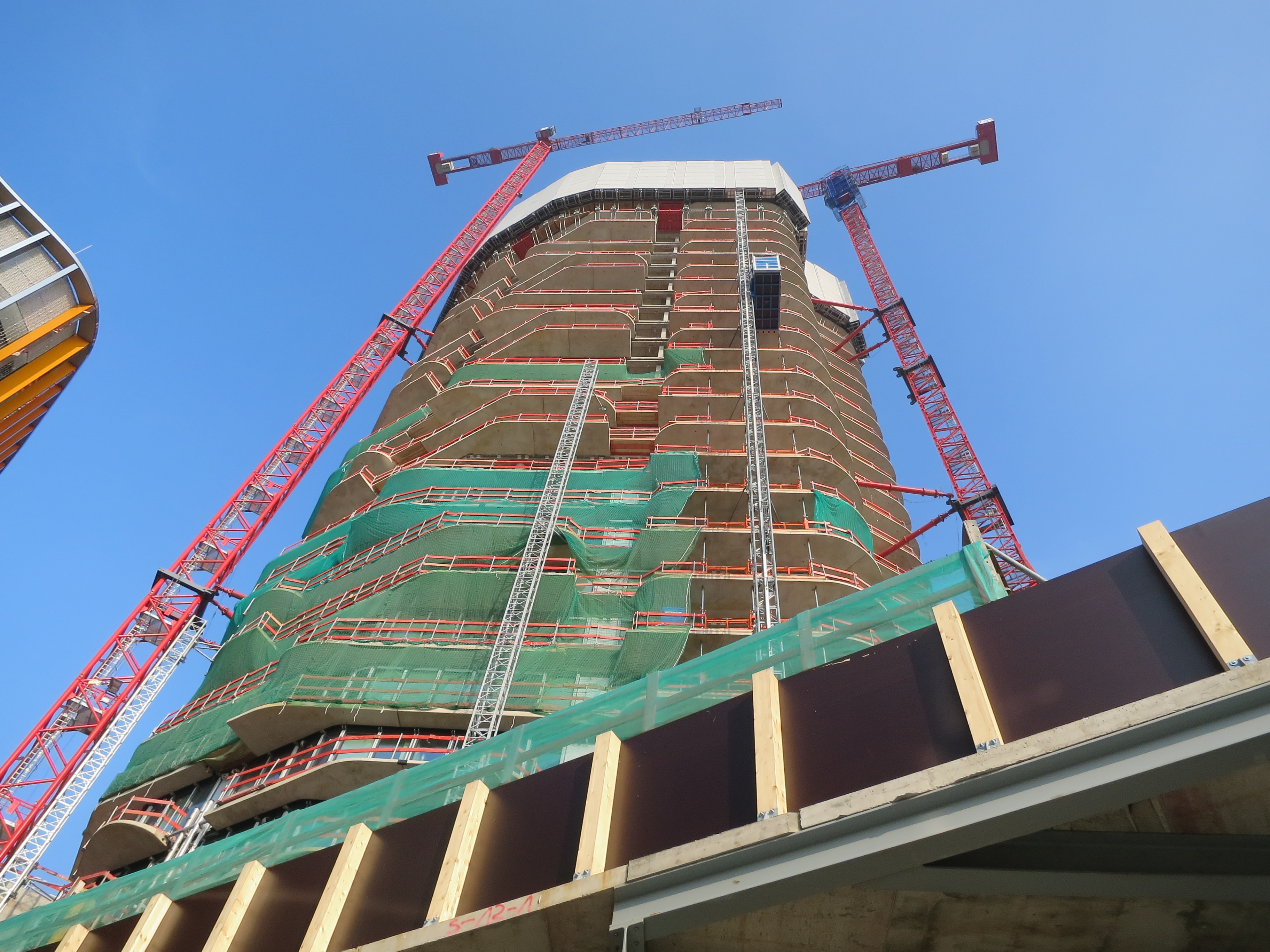 Project references > Structural engineering
There's a webcam where you can live view the construction of Germany's tallest residential tower and our two WT 420 e.tronic on site. 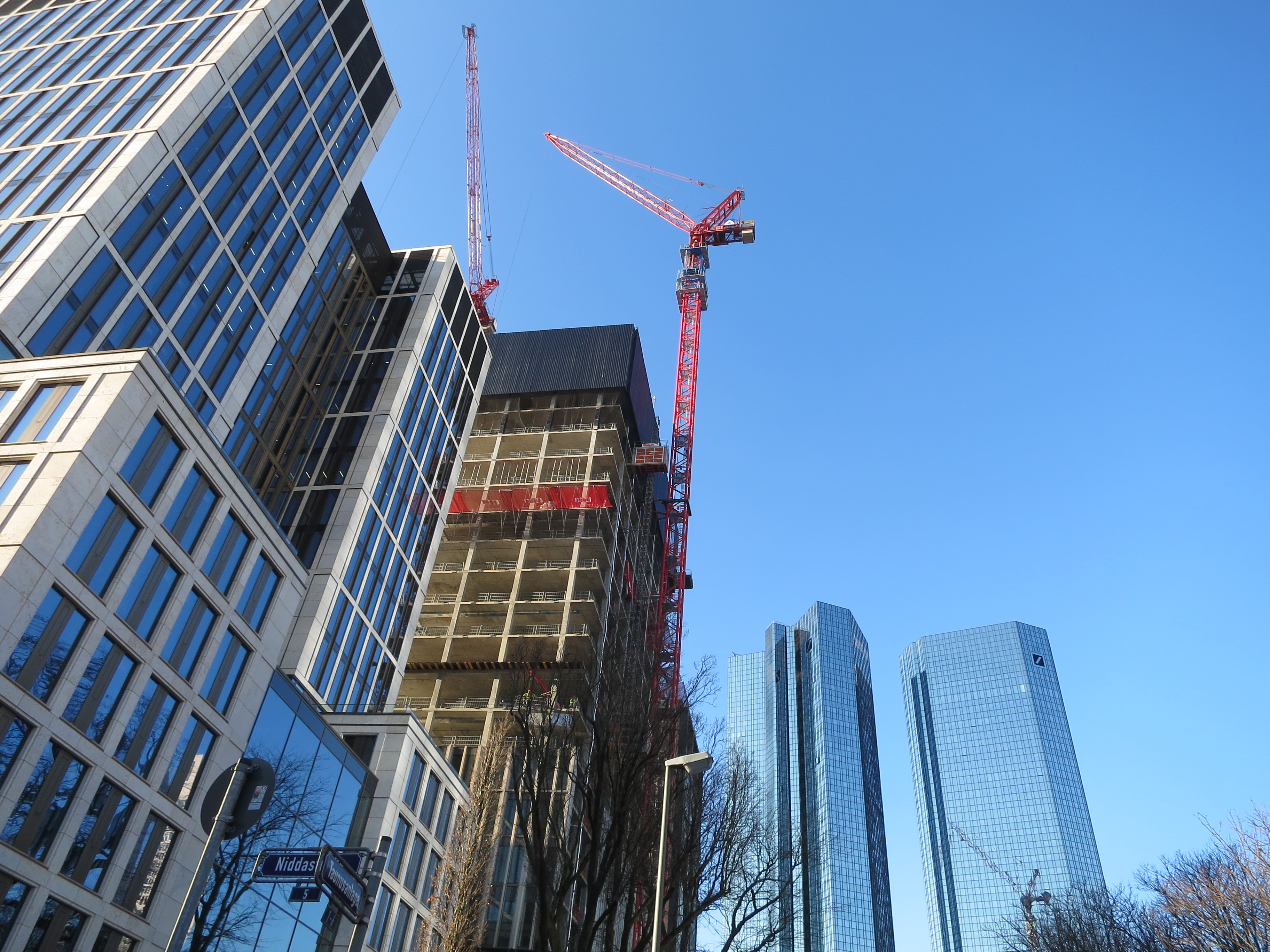 Project references > Structural engineering
The construction progress of the Marienturm, a new office tower in Frankfurt's banking district, can be viewed live via webcam. Two WT 335L e.tronic cranes from our rental fleet are involved in this project.