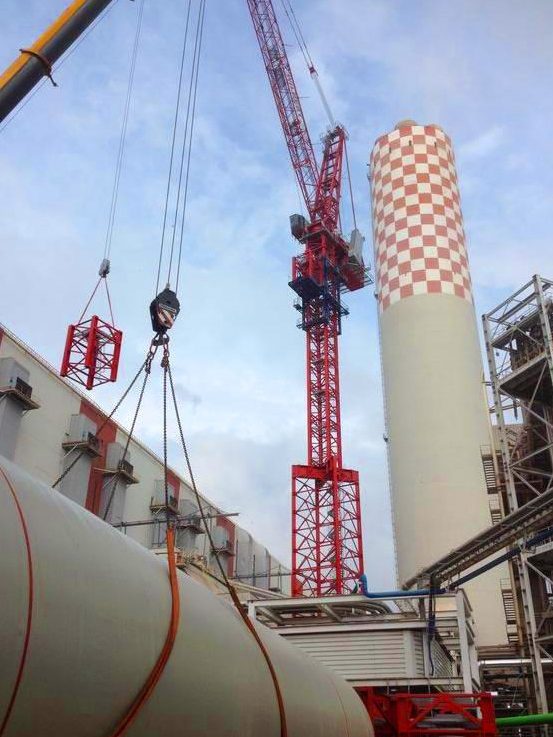 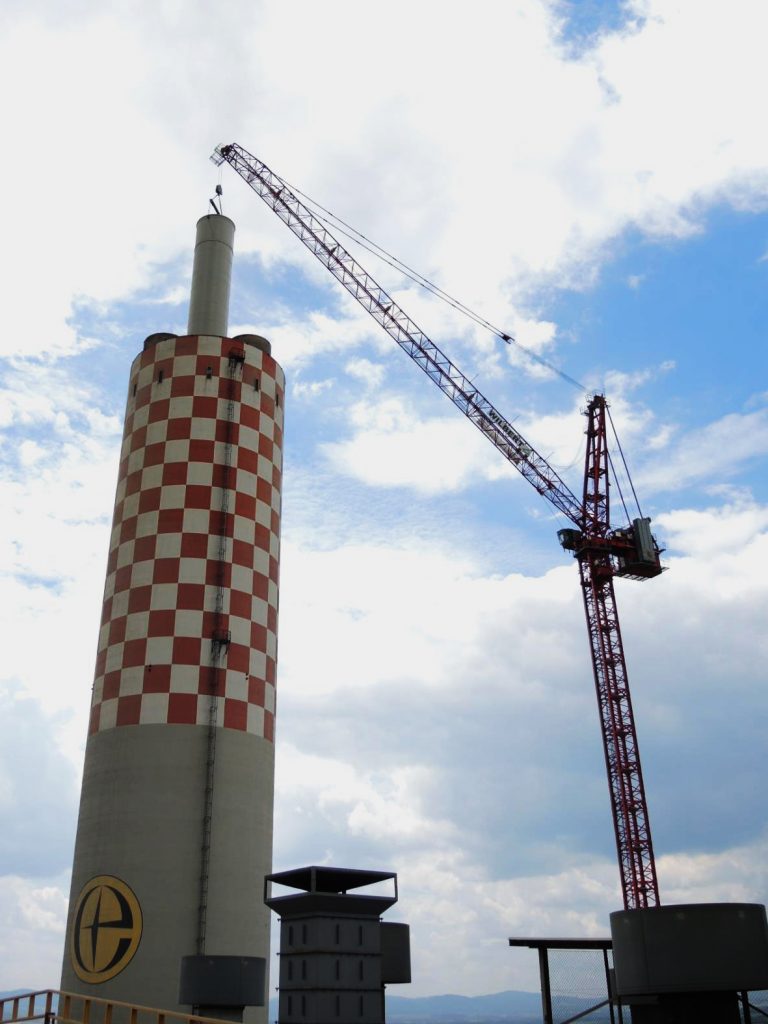 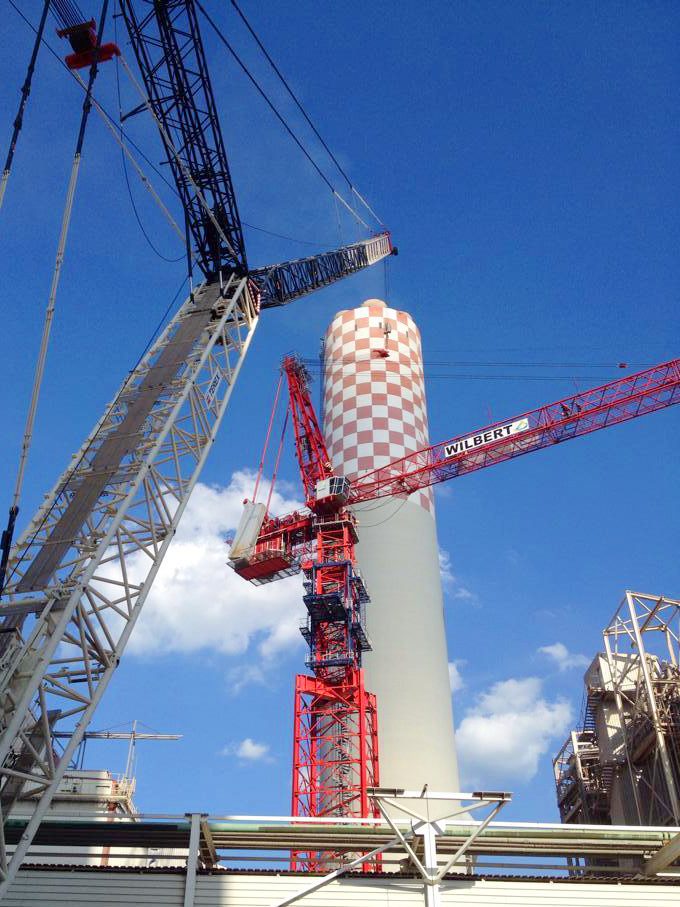 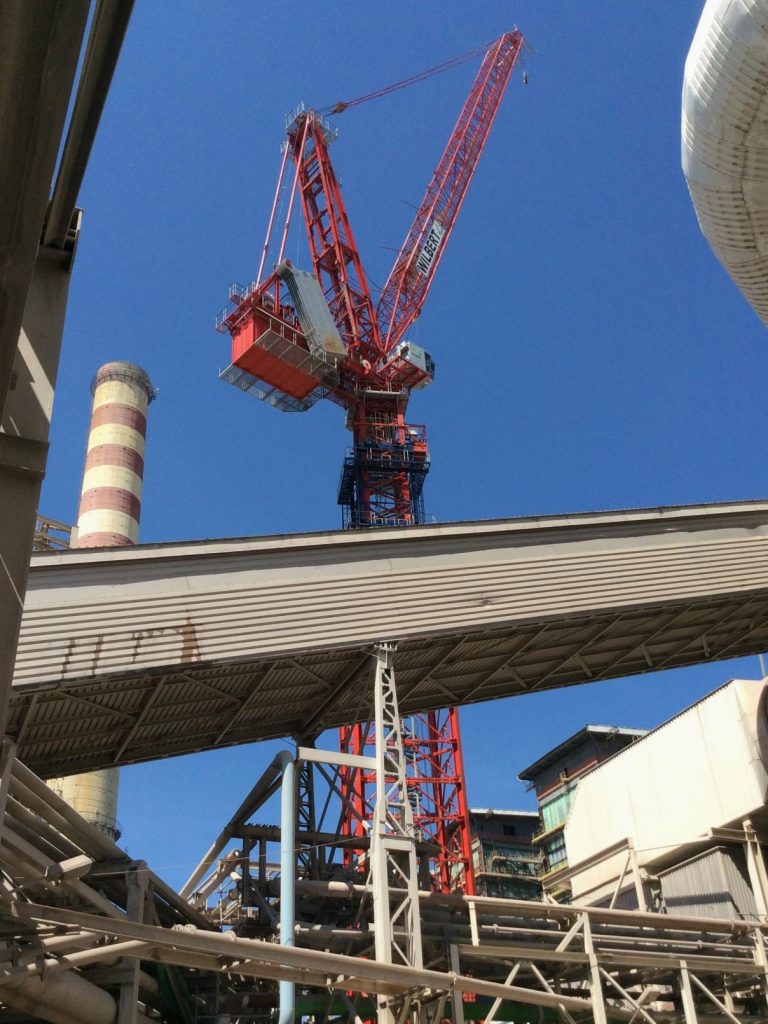 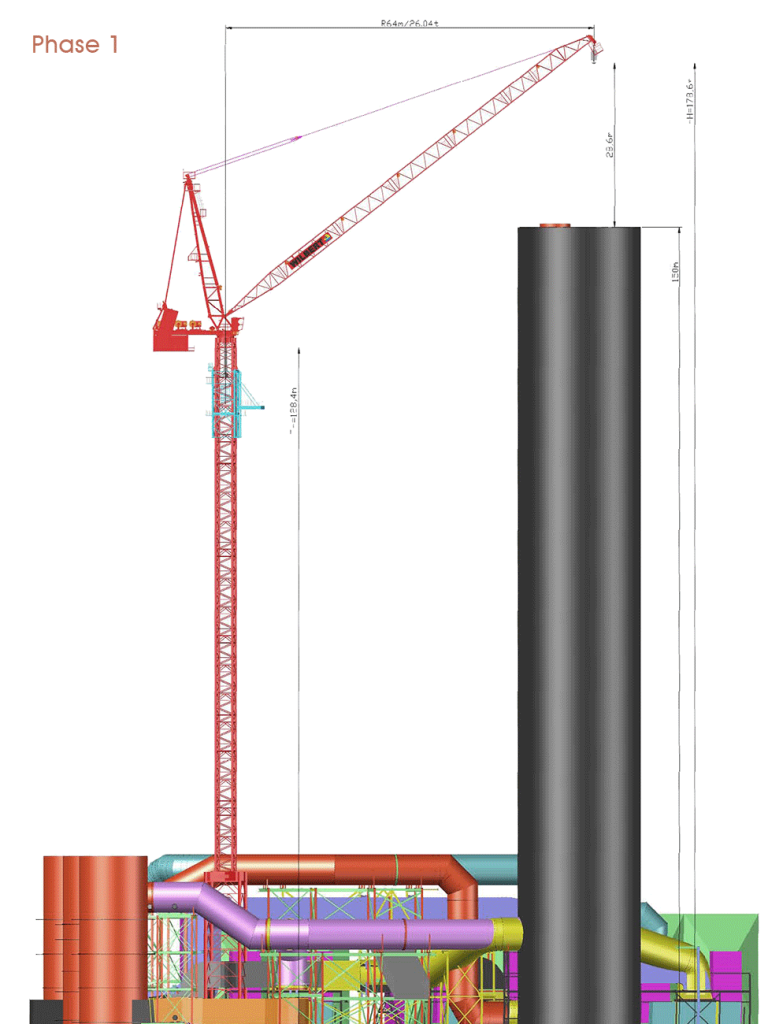 The power plant
The lignite-fired power station, PGE Górnictwo i Energetyka Konwencjonalna S.A. Oddział Elektrownia Turów, built in 1962, is located in the municipality of Bogotanyia (Reichenau) on the border of Germany, the Czech Republic and Poland, on the Niedów artificial lake specially created for the plant and north of the southern Turów open-cast mine that supplies the power plant. It is the third largest power plant in Poland and generates 1,900 MW.
The power plant underwent comprehensive refurbishment between 1996 and 2004. The three oldest blocks will be replaced by a new, start-of-the-art block (number 11) by 2018. Cooling towers 7 and 8 were demolished in 2012, and cooling tower 9 in 2014, for this purpose.

The brief
In this use of our power plant specialist, the WT 2405L e.tronic, the new power plant block 11 had not been built yet. The task was to refurbish a chimney:
The existing filters had to be replaced by new, better performing filters at dizzying heights. A much taller crane that could also be used in the dense, closely built environment was needed.

The implementation
The crane was erected between the existing power plant buildings to an initial height of 34 m by a mobile crane. The height of the tower crane was then increased by almost 100 m freestanding by the climbing frame. This ensured the height required to lift the long filter elements out of the chimney and insert new ones. 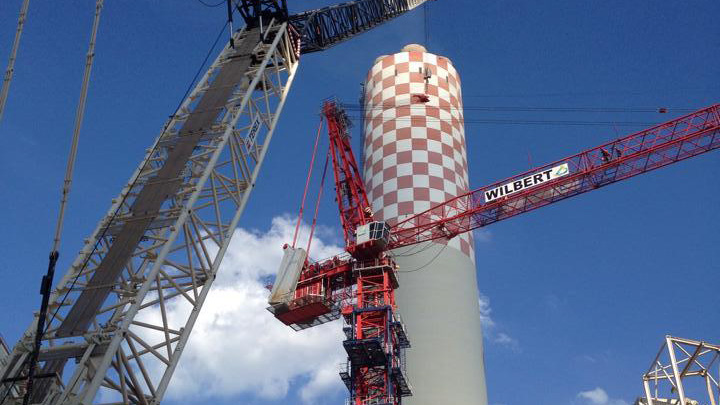 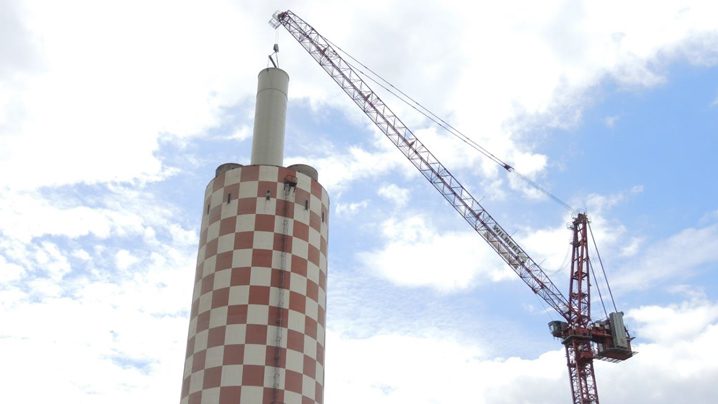 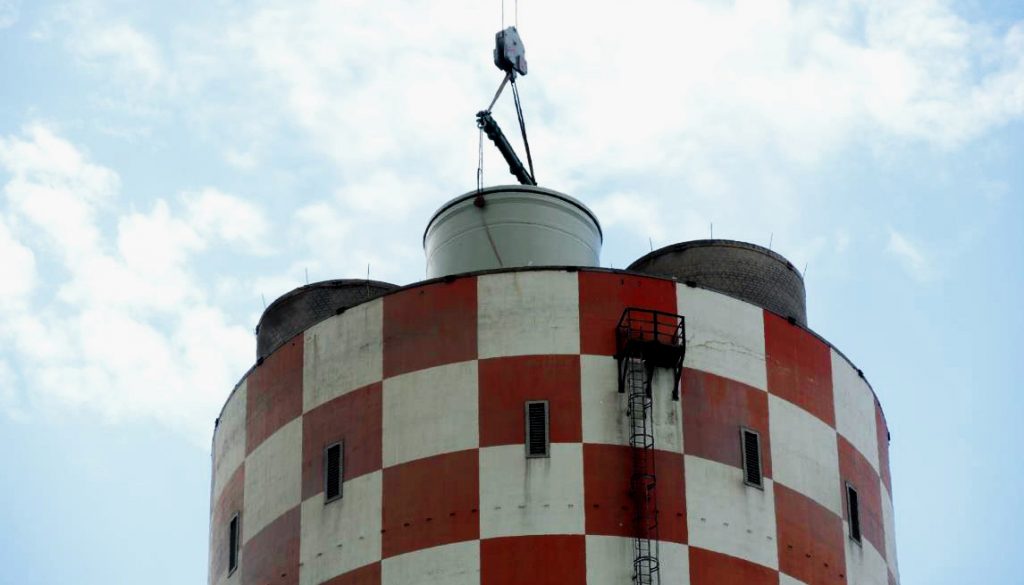 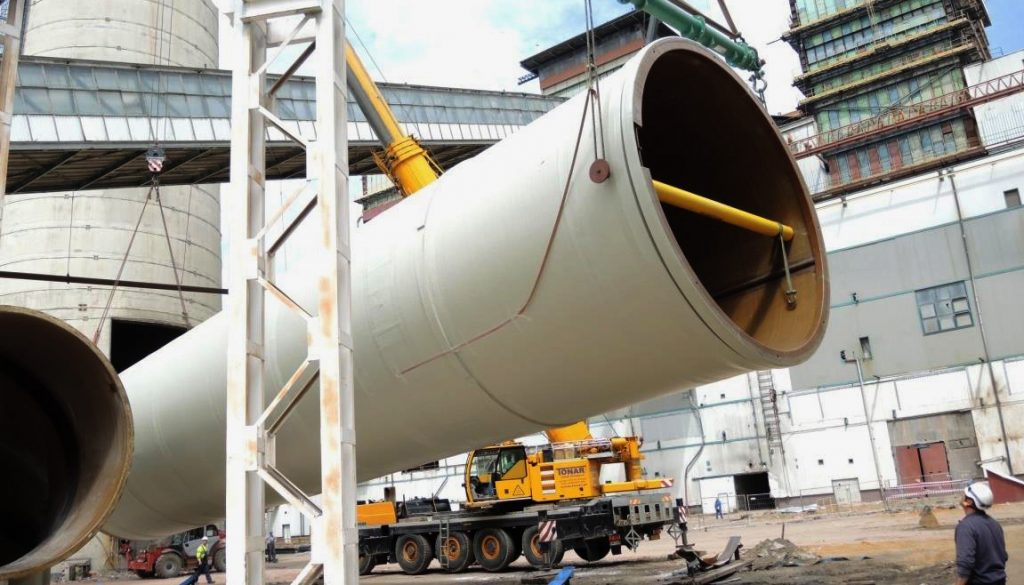 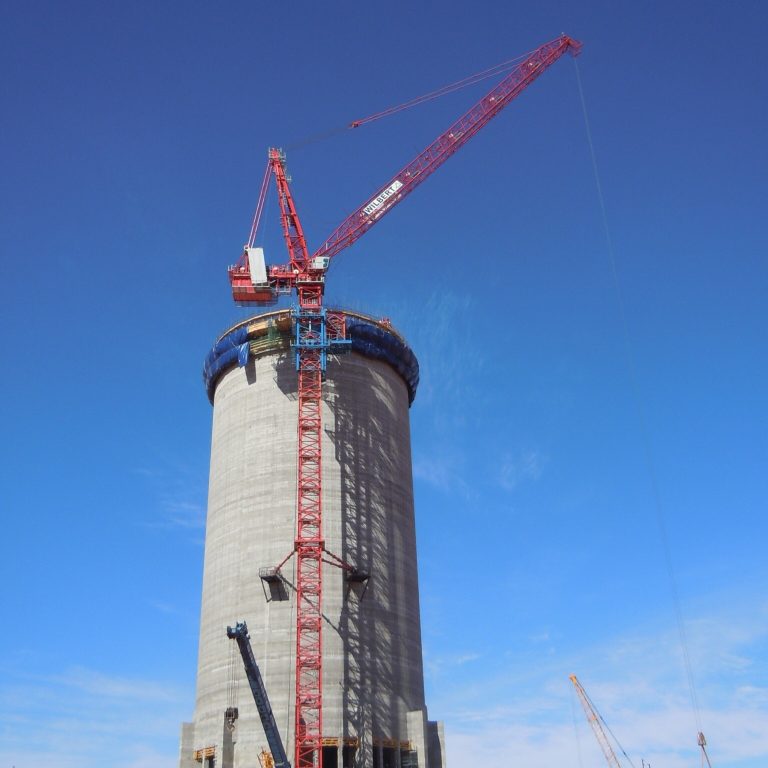 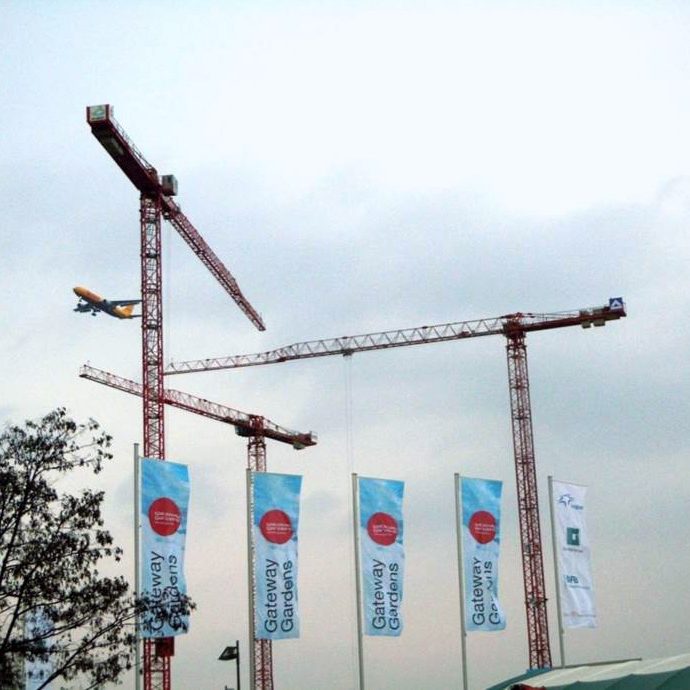